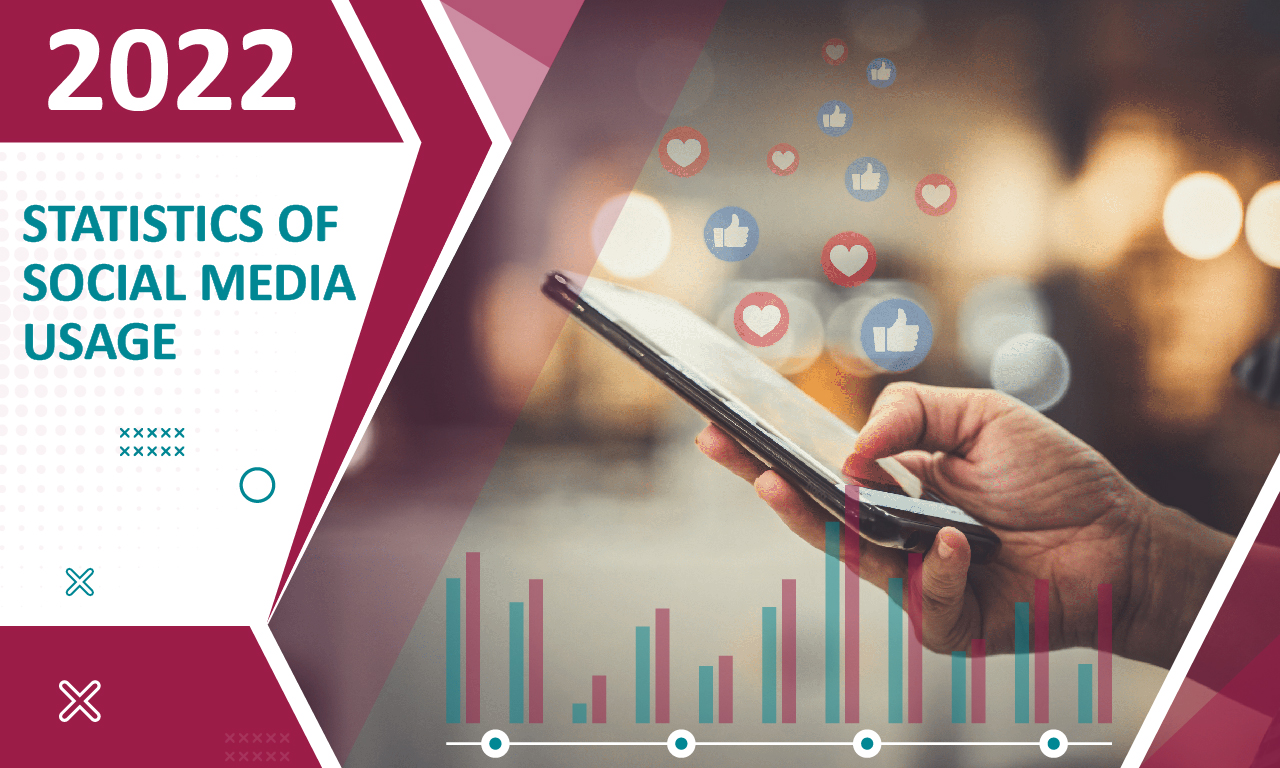 In today’s high-tech world, social media has taken a special meaning. It has facilitated communication between individuals and helped businesses connect with consumers. The method is effective in Saudi Arabia just as it is anywhere else. Social media is so integrated into modern Saudi Arabians’ daily life that 82%+ of the population uses it. Accordingly, let’s look at the 2022 KSA Social Media Statistics a little closer to see just how far social media has infiltrated in lives of millions of people.

Researchers are still having trouble collecting reliable data on internet use due to complications stemming from COVID-19. Therefore the actual number of internet users may be higher than previously reported.

Estimated Internet Speed In Saudi Arabia In 2022
According to available data, Saudi Arabian internet users in early 2022 may have anticipated the following download and upload speeds.

In the year leading up to the beginning of 2022, data shows that the median mobile internet connection speed in Saudi Arabia increased by 29.73 Mbps (+48.5%).

YouTube Users in Saudi Arabia
According to the most recent data from Google’s advertising tools, there were around 30 million Saudi Arabian YouTube viewers at the beginning of 2022.

According to the company, ads on YouTube reached 82.3% of Saudi Arabia’s population at the beginning of 2022. During that period, males made up 60.1% of YouTube’s Saudi Arabian ad audience, while females made up 39.9%. When put into context, in January 2022, YouTube ads reached 84.1% of all internet users in Saudi Arabia.

Considering that Snapchat only allows users who are at least 13 years old to join, it’s interesting to see that in 2022, 72.2% of the “eligible” audience in Saudi Arabia is already on the app. In Saudi Arabia, 58% of the total local internet user population (across all ages) was within Snapchat’s advertising reach.

It is also important to note that at the beginning of 2022, Saudi Arabian Instagram ads reached approximately 44.3% of the country’s total online population. In the first few months of 2022, women made up 41.6% of Instagram’s ad audience in Saudi Arabia, while men accounted for 58.4%.

This means that 39.6 percent of the Saudi Arabian population was within Twitter’s advertising reach during this time period.

Twitter users must be 13 or older. Thus it’s important to note that just 50.4% of the “eligible” audience in Saudi Arabia was on Twitter in 2022.

Facebook Users In Saudi Arabia
Advertising data provided by Meta in 2022 suggests that there were 11.40 million Facebook users in Saudi Arabia.
The numbers revealed are not directly comparable with those released in previous reports since Meta made significant changes to how its advertising tools report audience reach statistics at the end of 2021.

Since Facebook only allows users who are at least 13 years old, it’s important to note that only 40.7% of the “eligible” population in Saudi Arabia had access to Facebook in 2022.

It’s worth noting that the percentage of Saudi Arabian internet users reached by Facebook ads on Messenger is equal to 22.1%. Among the Saudi Arabian audience for Facebook Messenger ads in the first quarter of 2022, just 24.3% were female, and 75.7% were male.

According to LinkedIn’s ad metrics, 17.1 percent of the Saudi population was within LinkedIn’s reach at the beginning of 2022. Due to LinkedIn’s age restriction, it’s useful to know that in 2022, 24.0% of the “eligible” audience in Saudi Arabia is on LinkedIn.

Significance Of Social Media Marketing In Saudi Arabia
More than 34 million individuals in Saudi Arabia use social media platforms, which keeps growing every year, so reaching them is crucial if you want to expand your business.

Marketers can reach out to potential clients on their preferred social media network, be it LinkedIn, Twitter, Facebook, Youtube, Instagram, or even a more recent platform like TikTok. In order to keep their audience’s attention, marketers need a solid social media strategy and the capacity to provide exciting content.
The year 2021 solidified several significant shifts in our careers. As a result, we now hold most of our meetings through Zoom and host frequent webinars. The most significant shift, however, was the rise of social media as a primary portal for information gathering, networking, and professional development. This exemplifies why social media advertising is so crucial.

Digital marketing strategies for today’s successful companies and enterprises must include social media. How brands communicate with their audiences and how their audiences engage with them has been fundamentally changed by digital networking. Bytes Future, a leading digital media, and social media marketing agency, offers comprehensive digital and social media marketing solutions, including advice on everything from strategy and content development to campaign implementation and the maximization of return on investment.

Whether your goal is to raise awareness of your brand, attract more visitors to your website or online store, find new potential customers, or increase your sales, digital marketing strategies by Bytes Future will help you achieve your objectives. If you are ready to talk about your next big triumph, don’t hesitate to contact the representative of Bytes Future immediately.