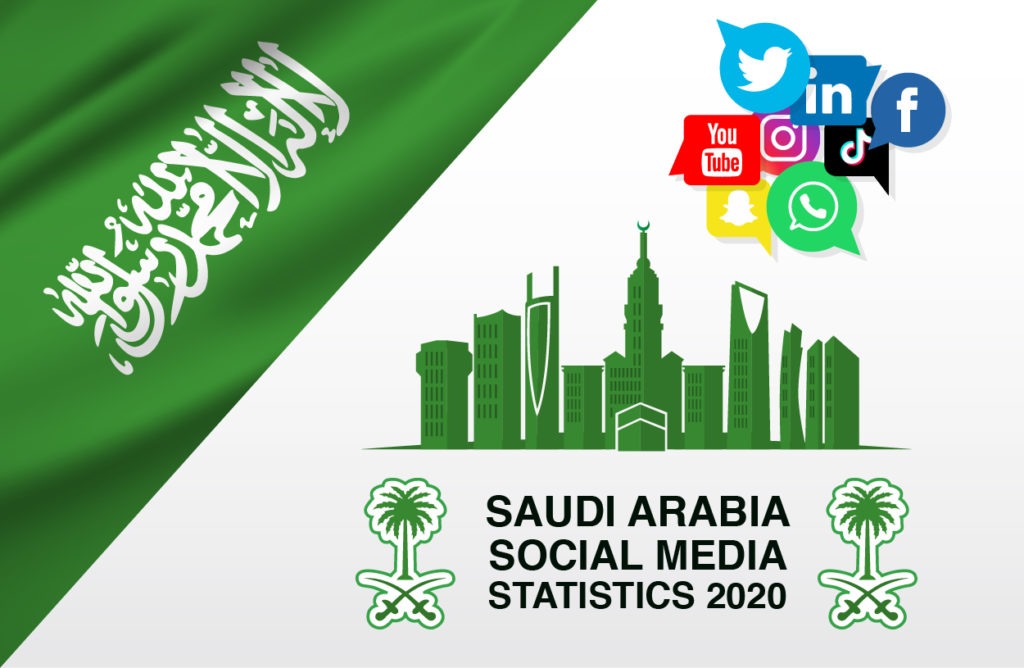 Social media networks are quite popular among young adults in the country. In fact, around 38.1% of the total social media users in the country are men aged between 25 years to 34 years. Likewise, 16.6% of the total social media users are women in the same age category. The second most popular category of users are aged between 18 to 24 years. Out of them, 12.8% are male, whereas 6.2% are female.

YouTube
YouTube is the most popular social media network among people in Saudi Arabia. They find it easy to stream media content and watch their favorite channels and videos on YouTube. The broadband facilities with fastest speeds like 4G & latest 5G is also available in the country which has contributed heavily towards the popularity of YouTube in the Kingdom of Saudi Arabia. 76% of the total social media users are active on YouTube.

Facebook
If you use Facebook for marketing purposes, you will be able to reach 13 million people in Saudi Arabia with ease. In fact, Facebook advertisements can reach up to 48% of people aged above 13 years.

An average Facebook user in Saudi Arabia clicks around 8 advertisements per month. This will help you to get maximum returns on your investments in social media marketing.

TikTok users are highly engaged with the app and eager to take actions:

Also the ease of accessing platform via app is making it more attractive for the audience in Saudi Arabia.

When you are promoting your business on social media, you will be able to get positive returns. For example, an average social media user leaves around 9 likes and 4 comments on the social media posts per month.YouTube statistics

Statistics of each social media channel clearly show how popular social media networks are among people in Saudi Arabia. We cannot expect this trend to go down in the future. Therefore, make sure that you get the most out of this opportunity available and proceed with social media marketing with Bytes Future.

Whether you’re looking to build brand awareness, increasing traffic to you website or e-commerce store, generate leads or drive sales. Please contact us today to discuss you next big win.